It seems that Nigel Farage is not just a beer-drinking MEP after all – he actually thinks about democracy, and the disconnect with the British public, and is proposing some measures to overcome the problems, which I find very reassuring.

“Nigel Farage has said that his party will be an advocate of direct democracy by giving voters the power in a referendum to block local housing, environmental or transport schemes. He also said he wanted voters to be given a more direct say in foreign affairs issues, arguing that Swiss-style referendums can bind countries together.”

This is definitely the start of a move in the right direction. The Swiss system must be the envy of the world, as the people are regularly consulted on matters of importance. There is no other British politician that would contemplate such a concession!

“Asked in what circumstances he envisaged a referendum being held, the Ukip leader said people should be able to call a vote “to stop something from happening” to which they objected.”

“He said “I see direct democracy working as a valuable safety net when the political class have got too far out of touch with political opinion.”

“By giving people the chance to call a major national referendum or sack a rotten MP, people might feel more empowered and more favourable to government and what they are doing.”

“He revealed that he is nervous about involvement of private companies in delivering public services, saying he regarded himself as a traditionalist in terms of the relationship between business and government.”

This has to be streets ahead of what we have now – which is absolutely nothing!

Now its early days, I know, as the next election is in 2015, but the UKIP manifesto needs to be fleshed out. If this is an indication of where it will be going, I’m all for it.

Compared to the usual stench of British politics

this is definitely a breath of fresh, clean air!

There is a new petition on 38Degrees to try to get a usable “Recall” system working. I signed it, and was immediately asked to spread it around. 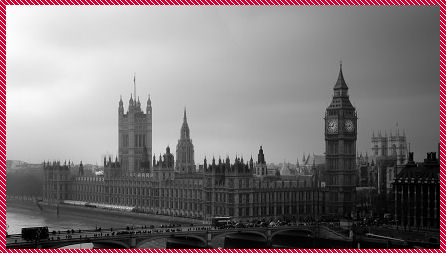 To be of any value at all, the Recall facility must be under the control of the constituency that votes an MP in.

Cameron’s last attempt to fudge this demand by putting Parliament in charge was thankfully blown out.

The recent election results have the major parties in a turmoil, and they will be amenable to making concessions in order to win back supporters.

We need to use that advantage – strike while the iron is hot – and thrust as big a petition as we can possibly muster under their noses before complacency sets in and everything reverts to the status quo.

The text from 38Degrees is as follows:-

“The government is making plans to announce new powers to sack – ‘recall’ – MPs who don’t do their job properly.

But their plans could put the power to sack MPs in their colleagues’ hands – not their constituents. This isn’t good enough.

Together, we can build a HUGE people-powered petition to get real recall – so if enough people wanted to hold a by-election to sack their MP in between elections, they could.”

Here is the link to the petition!

After you have signed up,

Please spread the word as far as you possibly can!

The Maria Miller affair is not going to go away; it appears to be the trigger point for renewed action on other matters.

Remember the “Recall” function we were promised, the one which was eventually mangled out of all recognition, then quietly ditched?

Miller has provided us with the perfect example of why it is necessary, and the sheer hypocrisy of politicians only adds to reinforce the demand.

How do we equate the Leveson inquiry and its recommendations on regulating the press, (who obviously can’t be allowed to police themselves), with the Miller fiasco, where a Parliamentary committee has overturned the ruling of an independent inquiry to almost exhonorate Miller of any wrongdoing?

Are we really saying that because they are MP’s, they can regulate themselves impartially?

I don’t think so! The first priority will be damage limitation, for Miller’s actions have exposed a fundamental weakness in the system – the arrogance of those in power!

Get involved! Join the fray! Petition for Recall at:-
http://act.unlockdemocracy.org.uk/ea-action/action?ea.client.id=1810&ea.campaign.id=27398&forwarded=true 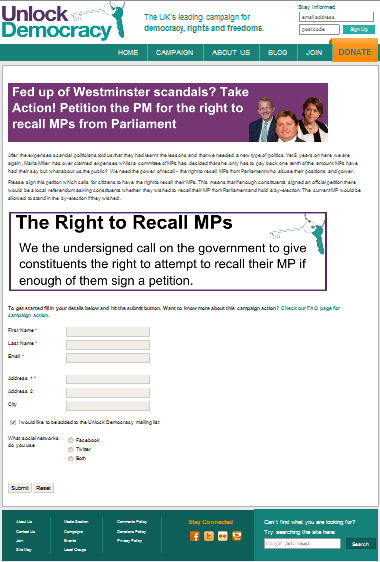 After days of silence on the subject, the BBC has now joined in with the following video:-

Miller resignation ‘a question of honour’ – Baroness Boothroyd
Lady Boothroyd told the BBC: “I’m very disappointed, in fact I’m rather outraged about it.”

Outrage is what we need here, but use it effectively.