Air pollution in heavily populated areas is nothing new to the UK.
If you go to “History of Air Pollution in the UK”
you will find list of some 38 different attempts to deal with it since 1273, when the use of coal was prohibited in London as being “prejudicial to health”, and culminating in the “Air Quality Strategy for England, Scotland, Wales and Northern Ireland” of 2000.

One item should be added to the above list, and that is the New Air Quality Directive 2008/50/EC.

They all have one thing in common – they have failed to solve the problem!

There could be reasons for this of course, such as the goalposts being moved periodically. The problem in 1273 was coal, whereas the problem today is apparently nitrogen dioxide (NO2) from diesel cars and trucks. The target date for fixing this was supposed to be 2010, but London, Leeds and Birmingham could still be above these goals in 2030.

More detail on the current state of pollution can be found at
EU Commission launches legal action over UK air quality, and
“UK admits that air quality targets will be missed by 20 years“.

Apart from the fact that the latest scientific evidence shows NO2 has similar effects to PM2.5, which the government says causes around 29,000 premature deaths in Britain each year, the legal process could ultimately end in the European Court of Justice where the UK would face huge fines if found in breach of the 2008 directive.

There are measures that can be taken, even for the areas such as Oxford Street, which is 3.5 times above the legal limit, (during peak episodes it’s ten times the legal limit). The answer here is to turn them into pedestrian zones, and exclude traffic altogether. This system has been very effective in Germany, where some 60 low emission zones have already been implemented. The ones I know in Hamburg and Frankfurt am Main really are a pleasure to visit.

Another possibility is to watch what the Finns are doing in Helsinki. “Finland’s capital hopes a ‘mobility on demand’ system that integrates all forms of shared and public transport in a single payment network could essentially render private cars obsolete”
See “Helsinki’s ambitious plan to make car ownership pointless in 10 years“.

“Helsinki aims to transcend conventional public transport by allowing people to purchase mobility in real time, straight from their smartphones. The hope is to furnish riders with an array of options so cheap, flexible and well-coordinated that it becomes competitive with private car ownership not merely on cost, but on convenience and ease of use.”

Its not as if there is a shortage of ideas that will work.

What we don’t want to see is what is happening in Maiquetia International Airport in Caracas,
see “Venezuela’s airport ‘breathing’ tax”

And while we are at it, lets make sure we get fresh air where it is most needed –

This post is about the current UK Secretary of State for Environment, Food and Rural Affairs, Owen Paterson. Another boarding school product, he failed to win a seat in Wrexham in 1992, but has been MP for North Shropshire since 1997, (from Wikipedia).
He has held a variety of positions, including –

– Shadow Agriculture, Fisheries and Food Minister from 2003–05
– Shadow Minister for Transport from 2005–07
– Secretary of State for Northern Ireland from May 2010 to September 2012

none of which have provided him with the experience required for his present position in DEFRA, where his performance has been openly questioned, and he seems to have been promoted to the point of incompetence.

And further:-
“Mr Paterson was reported on Monday to have protested “in the strongest possible terms” to Mr Cameron about Mr Pickles’s “ grandstanding” in his absence.” “But the Environment Secretary was dismissed in scathing terms by a fellow Cabinet member. The minister told MailOnline: “He just isn’t very bright. Most of the people around the Cabinet table are bright, even if I disagree with them, but not Owen. He isn’t climate sceptic, he’s climate stupid.””

He is not doing too well on air pollution either! See “Air pollution”

He doesn’t like bees, apparently, and supported the UK government opposition to a European ban on Neonicotinoids.
Owen Paterson defends use of bees-link pesticide 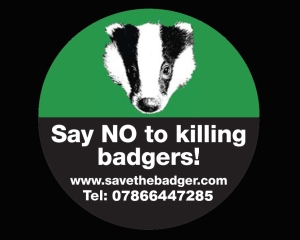 As if all of that wasn’t enough, he is apparently an ardent fan of Gm foods. See:-
Ministers ‘covering up secret meetings with GM food lobby’

It is crystal clear to me that with Owen Paterson in his present position, we will never get the environment we want and need. It is high time to do something about it!

You can add your signature to mine on the following petition, if, as I ardently hope, you are of the same opinion as me.

Lets ‘badger’ him into doing the right thing!