Some years ago, I wrote a “Warning” on this website, in the hope that it would encourage some action on the part of some people to do something about the gobal warming problem that threatens us. It can be accessed from the top menu, or:- Warning

Unfortunately, the response was not exactly world-shattering, and I have had to patiently wait for something to happen.

Now, however, the Genie is well and truly out of the bottle, and there is no turning back! 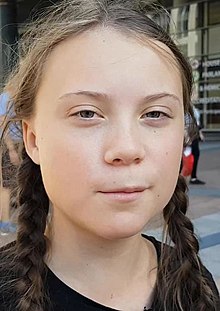 Greta Thunberg led the way. Her long vigil outside parliament in Sweden has caught the imagination of youth all around the world, youth that has been frustrated by the lack of progress in the race to save the planet. Collectively they have also demonstrated that children do have a voice, in spite of not having a vote, and that voice is now demanding to be heard.

The movement is spreading like wildfire racing through a bone-dry forest!

Governments are powerless to stop it. They have little or no leverage against children who are committing no crime, but only demonstrating against a rank injustice. They are the ones that have most to lose, and if we don’t fight for them, they will fight for themselves, in any way possible.

Some of her comments are as follows:-

“British PM says that the children on school strike are “wasting lesson time”. That may well be the case. But then again, political leaders have wasted 30 yrs of inaction. And that is slightly worse.”

But the real meat of what she has to say is contained in her speech at the UN COP24 climate talks. Links to this are given below.

“My name is Greta Thunberg. I am 15 years old. I am from Sweden.

I speak on behalf of Climate Justice Now.

Many people say that Sweden is just a small country and it doesn’t matter what we do.

But I’ve learned you are never too small to make a difference.

And if a few children can get headlines all over the world just by not going to school, then imagine what we could all do together if we really wanted to. But to do that, we have to speak clearly, no matter how uncomfortable that may be.

You only speak of green eternal economic growth because you are too scared of being unpopular. You only talk about moving forward with the same bad ideas that got us into this mess, even when the only sensible thing to do is pull the emergency brake.

You are not mature enough to tell it like is. Even that burden you leave to us children. But I don’t care about being popular. I care about climate justice and the living planet.

Our civilization is being sacrificed for the opportunity of a very small number of people to continue making enormous amounts of money. (The Koch brothers come to mind here!)

Our biosphere is being sacrificed so that rich people in countries like mine can live in luxury. It is the sufferings of the many which pay for the luxuries of the few.

You say you love your children above all else, and yet you are stealing their future in front of their very eyes.

Until you start focusing on what needs to be done rather than what is politically possible, there is no hope. We cannot solve a crisis without treating it as a crisis.

We need to keep the fossil fuels in the ground, and we need to focus on equity. And if solutions within the system are so impossible to find, maybe we should change the system itself.

We have not come here to beg world leaders to care. You have ignored us in the past and you will ignore us again.

We have run out of excuses and we are running out of time.

We have come here to let you know that change is coming, whether you like it or not. The real power belongs to the people.

Links:- You tube
Climate Change
(The reference to the Koch brothers is my own.)

And if you have the time, do watch Greta’s presentation at the TED talks, which is even more comprehensive:-
Ted Talks

“We’re swapping the classroom for active citizenship. Without a vote for 16 year olds, our generation – like the Earth we are trying to protect – has been silenced.”

“We are here because we have less than 12 years to sort this out… and we are just not seeing the action by our government. They are so behind the times and we really are scared.”

Note:- At the moment, demonstrations are restricted to Fridays. If necessary, this could be extended to the whole week, which means that virtually none of our children would be attending school at all. Can you imagine what sort of a headache that would be for governments that are affected?!!!

And I have no doubt at all that the collective genius of our youth will come up with further ways of ramming their point home!

At the same time, there are signs that the dam is beginning to break for other reasons.

George Monbiot posted the following article in The Guardian newspaper:-

“My generation trashed the planet. So I salute the children striking back”,

‘You have issued a challenge to which we must rise, and we will stand in solidarity with you. Though we are old and you are young, we will be led by you.’

In the USA, Representative Alexandria Ocasio-Cortez released a sweeping package of environmental measures Thursday that has pitted progressives in the House Democratic caucus against moderates over how far to go in pursuit of resetting the climate change debate.
The proposals, which have come to be known as the Green New Deal, were crafted in conjunction with Senator Ed Markey of Massachusetts. Their plan envisions shifting away from fossil fuels and other sources of emissions that cause global warming within 10 years.

Alexandria Ocasio-Cortez can be reached on Twitter at @AOC.

“Don’t mess with our future.

When it comes to climate, it’s all our lives at stake. The younger you are, the more consequences you’ll see.
It’s life and death for us. And we will fight like it.”

Its our world! Want to help? Find a climate champion, and support them on social media as much as you can!

Furthermore, if there is a politician who is not doing what we need, tell them so, and be clear about it!

This site uses Akismet to reduce spam. Learn how your comment data is processed.